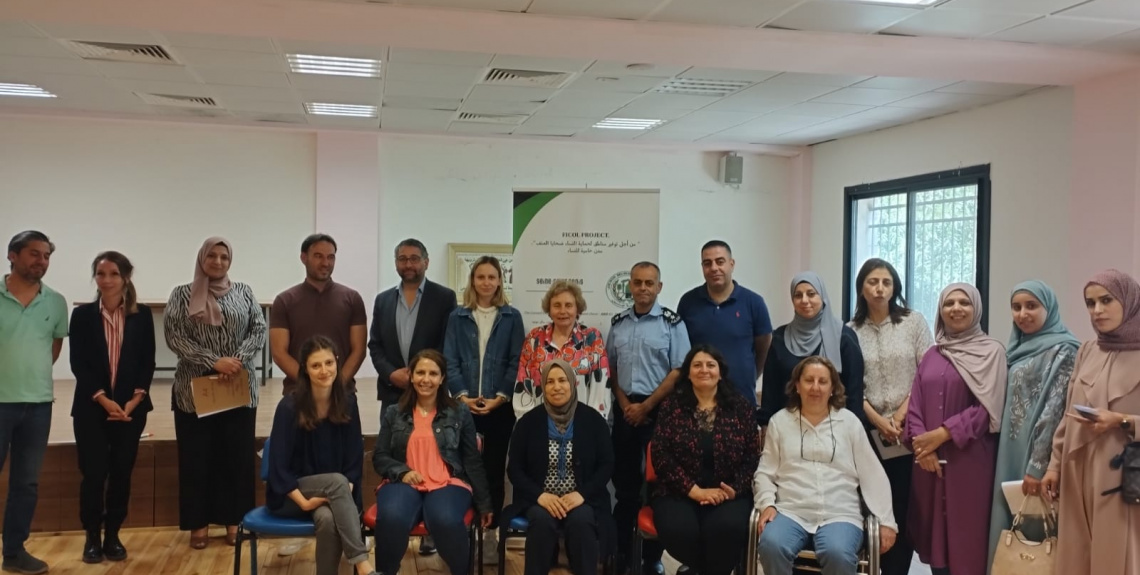 From May 15 to 21, a delegation of the Department Seine Saint Denis composed of Ernestine Ronai - head of the Observatory of Violence against Women (OVF) of Seine Saint Denis; Zoé Cerutti - in charge of international cooperation at the OVF and Jean-Baptiste Dulos - International Europe Department - went to Jenin (Palestinian Territories), pilot territory of the international program "Caring territories for women victims of violence" for a week of workshops and meetings.

The delegation met with all the professionals and local stakeholders partner of the program: members of associations for women victims of violence; police officers; professionals in the fields of justice , social services, education, health; and agents from the municipality and governorate of Jenin.

The meetings represented an opportunity to present and recall the different steps implemented in  Jenin in the context of the international program, such as a multi-stakeholder assessment on women’s violence in the territory, to be finalized in November 2022. This “diagnosis” will be undertaken each year of the program’s implementation (2021-2024) to evaluate the effectiveness and progress of local initiatives for women victims of violence and will facilitate the adoption of a local action plan to fight against violence against women in Jenin. This action plan will include measures to prevent violence against women, raise awareness against violence against women, and professional training.

During the week, participants attended a workshop to exchange on the situation of violence against women in France and Palestinian Territories. Ernestine Ronai, presented the different forms of violence against women and the strategy put in place by the aggressor to isolate, humiliate, guilt and terrorize the victim. According to their field experience, the participants presented the needs in Jenin territory to improve the protection of women victims of violence. This inventory was essential for the implementation of the program and to lay the ground for the future action plan along with the results of the first territorial assessment.

A second workshop on the methodology of the multi-stakeholder assessment aimed at presenting the extent of violence against women through the number of women victims supported by the different local stakeholders’ partner of the program.

Some figures on violence against women in Palestinian Territories:

Women are the primary victims of armed conflict in the world, and the Israeli-Palestinian conflict is no exception. The Israeli occupation of the Palestinian Territories has consequences for violence against women. The occupation by the Israeli army makes it more difficult to protect women victims of violence: for example, with all the checkpoints set up on Palestinian Territories, the Israeli army is able to lock down Palestine into an “archipelago”, to limit connection between different towns and restrict movement, jeopardizing the protection of women from an abusive partner.

This territorial fragmentation is also visible in the legal texts that frame the lives of Palestinians: civil law is not unified and depends on whether the person is from the West Bank, the Gaza Strip or East Jerusalem. This differentiated status has consequences for women's rights, including their marriage-related rights. Legislation against early marriage differs from region to region. For instance, in the West Bank - following the ratification of the Convention on the Elimination of All Forms of Discrimination against Women in 2014 - the legal age for marriage is 18 for both sexes; while in East Jerusalem, the legal age of marriage is 13 (only for girls), and builds on the legacy of the Ottoman code, which is over 100 years old.