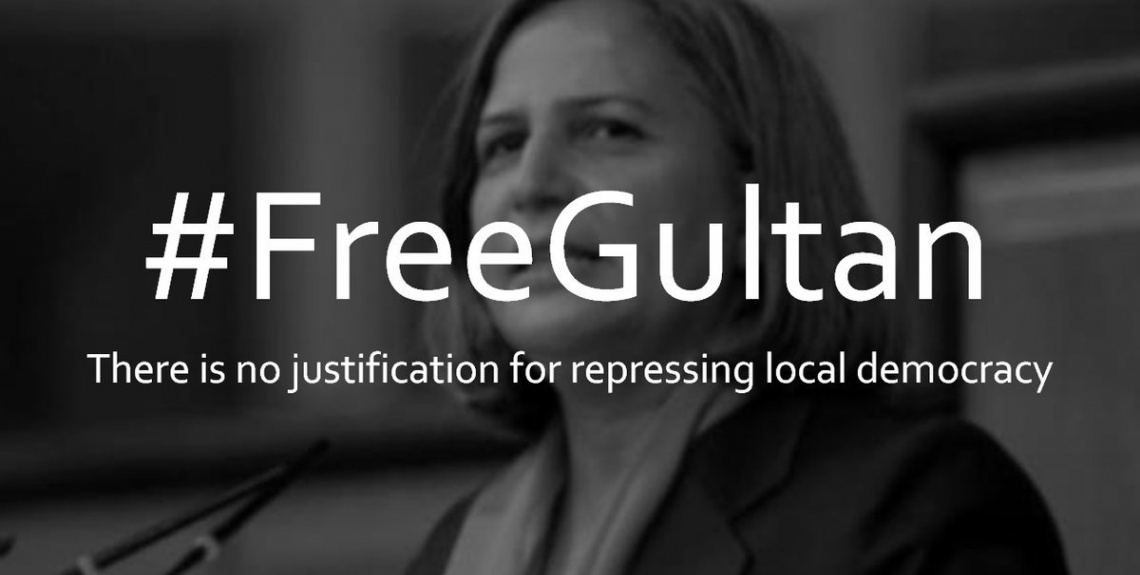 Local Democracy is still in danger in Turkey

In view of the next phase of the trial against Gültan Kisanak, Mayor of the city of Diyarbakır, next 15 September, the Committee expresses its concern about the situation of local democracy in Turkey

Eleven months after her detention, Mrs Gültan Kisanak, Mayor of Diyarbakır, is still in jail alongside with mayors and local elected officials from more than 50 Turkish municipalities (according to the Council of Europe, 90 according to local sources), a situation which has been denounced as a clear violation of human rights and local democracy by the UN Office of the High Commissioner on Human Rights and the Council of Europe.

The Committee has been giving a follow up on the situation since its beginning, calling for the release of the Mayor of our member city and member of the UCLG World Council, Gültan Kisanak, and to respect local democracy in Turkey. This campaign had an echo on the social networks under the hashtag #FreeGültan.

In the last months, several mayors, presidents and local elected officials have shared their solidarity with Gültan Kisanak, expressing their concern in regards to the situation of local democracy to Turkish embassies and their Ministries on Foreign Affairs. That is the case of Ada Colau, Mayor of Barcelona, Nathalie Apperé, Mayor of Rennes, Mauricio Valiente, Deputy Mayor of Madrid and Patrick Braouezec, President of Plaine Commune, among others.

The next session of the trial against Mrs. Kisanak will take place next 15 September. On this occasion, the UCLG Committee on Social Inclusion, Participatory Democracy and Human Rights recalls its support to Mayor Kisanak and expresses its concern in regards to the situation of local democracy in Turkey.

Furthermore, the Committee also expresses its concern in regards to the destruction by the Turkish army of cultural and historical heritage of Diyarbakır, acknowledged as World Heritage of Humanity by UNESCO. These destructions and the resulting forced evictions have been denounced by Habitat International Coalition as a clear violation of the right to housing and cultural rights of Diyarbakir inhabitants.

In view of this situation, we invite our members to contact Turkish embassies and consulates (attached templates below) and to join the #FreeGültan campaign on the social networks.