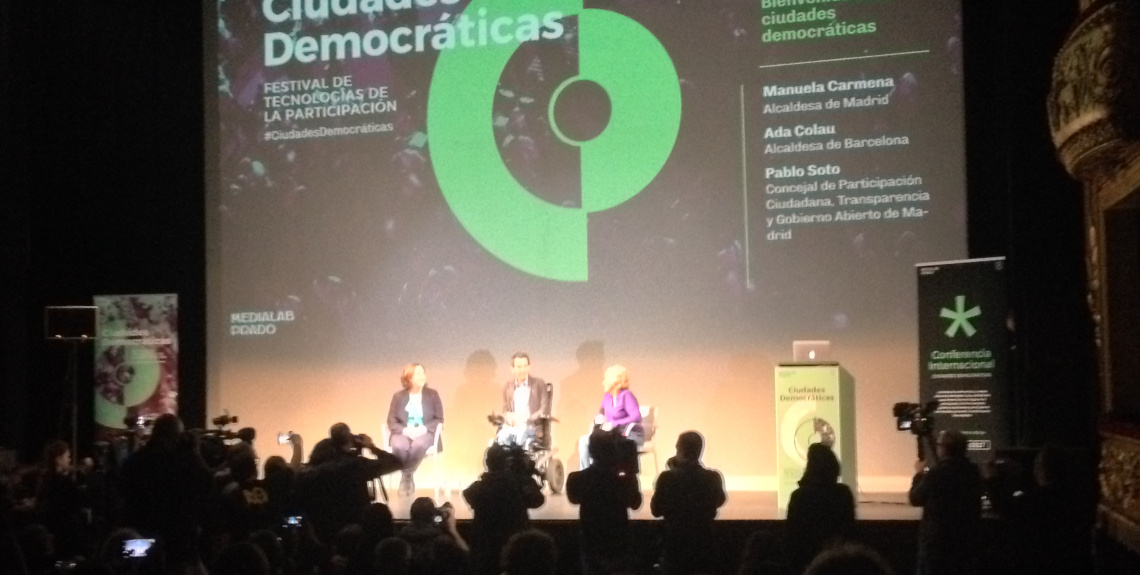 “Democratic Cities” meet in Madrid: How to put technology at the service of the common good and citizen participation?

From 16 to 18 November, the City Council of Madrid and MediaLab Prado organized the Conference “Democratic Cities”. It was held in Madrid in partnership with the UCLG Committee on Social Inclusion, Participatory Democracy and Human Rights. These three days of debates aimed at bringing together experiences taking advantage of information and communication technologies as transformative tools at the service of the common good and democracy. Democratic Cities gathered up to five hundred participants, among which citizens, political representatives, local public servants and hacktivists.

From the 15M Movement to municipal institutions: collaborative technologies at the service of local democracy

From 2011 onwards, the Indignados Movement (15M) has been extending the debates taking place in the squares and public space of Spanish cities through free, collaborative software initiatives. This is the case of the CONSULCON platform, a free software-based citizen participation tool established in Madrid and Barcelona through Decide Madrid and Decidim Barcelona (see interview with Miguel Arana, participation director of Madrid).

Consul allows citizens to propose initiatives, to contribute to municipal ordinances or to vote for their favourite projects in participatory budgeting processes. This online platform has already been established in 50 municipalities around the world thanks to the support of the city of Madrid, which has established a special international service to support organizations wishing to install this tool for free.

On the occasion of the Conference, communities around the world that are using Consul were able to carry out collaborative workshops and technical conferences around the platform, which is actually the world's largest open source software on participation. The event thus aimed at gathering cities that are using this platform, as well as hacktivists and citizens who are putting all their digital creativity at the service of the Right to the City

Democratic Cities also had a second, more operational objective: to debate, think and create new prototypes of democracy for the 21st century through a renewed, free and entirely operational system at the service of citizen participation. That is why MediaLab Prado organized a fifteen-day workshop before the Conference called "Collective Intelligence for Democracy", bringing together an interdisciplinary team focused on finding implementable digital projects at the service of local democracy and participation.

The Committee took part in the conference by mobilizing some cities of its network such as Nanterre. Its participation director, Anne Gaël Chiche, presented the project Agora permanente: an online-offline citizen participation initiative awarded with an IOPD distinction of the 2017 Conference of the International Observatory on Participatory Democracy.

The city is the space for democratic renewal

These three days of round tables, debates and workshops gathered multiple and rich experiences, corroborating the idea that cities are the space where real democratic innovations taking place. Participants’ interventions were focused on the purposes of participation in terms of democracy and the Right to the City, as well as on the implementation of tools and their ownership by citizens through communication actions and projects to tackle the digital divide. Participants discussed other challenges as well, such as how to transform public administration institutional dynamics, protection of users’ privacy or how to enhance the cooperation between software developers, local public officials and citizens.

The third day of the Conference was focused on challenges for 21st century democracy. It kicked off with a dialogue between Ada Colau, Mayor of Barcelona and Manuela Carmena, Mayor of Madrid, led by Pablo Soto, councillor on participation in Madrid’s City Council. Both mayors argued that the challenges to democracy in the 21st century are mainly related to the feminization of politics, on promoting values of cooperation, understanding and empathy, and on breaking boundaries between institutions and citizens, an area where new technologies have a large role to play. As Mayor Colau noted, "democracy in the 21st century must be able to erase the boundaries between institutions and citizens". 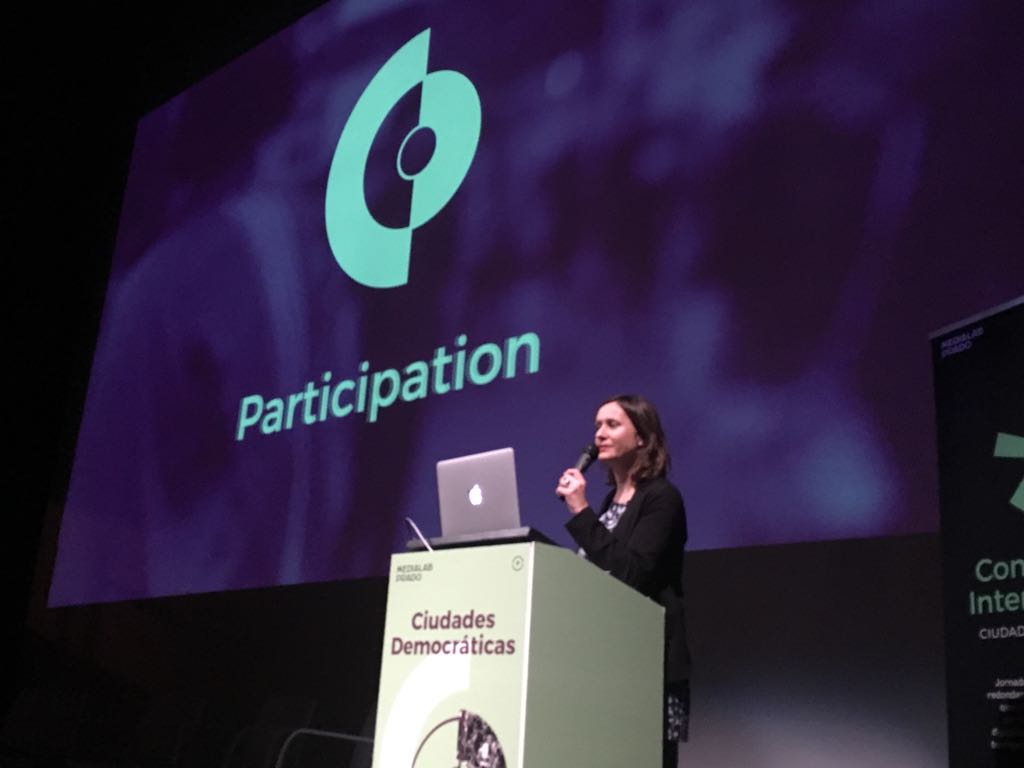 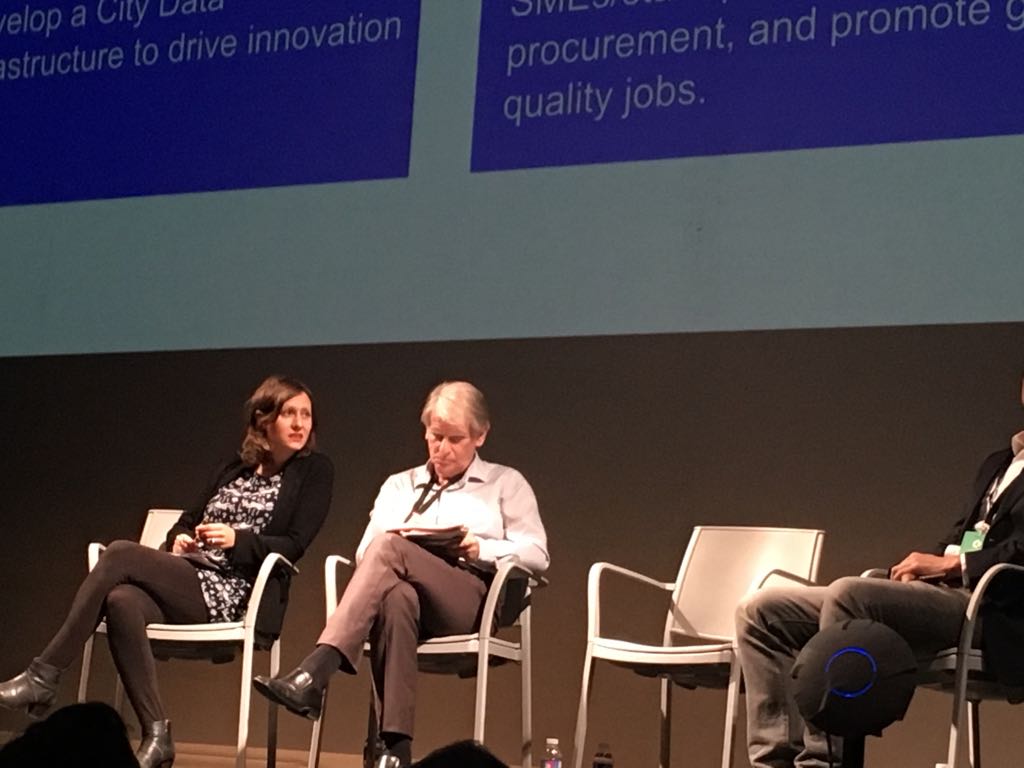 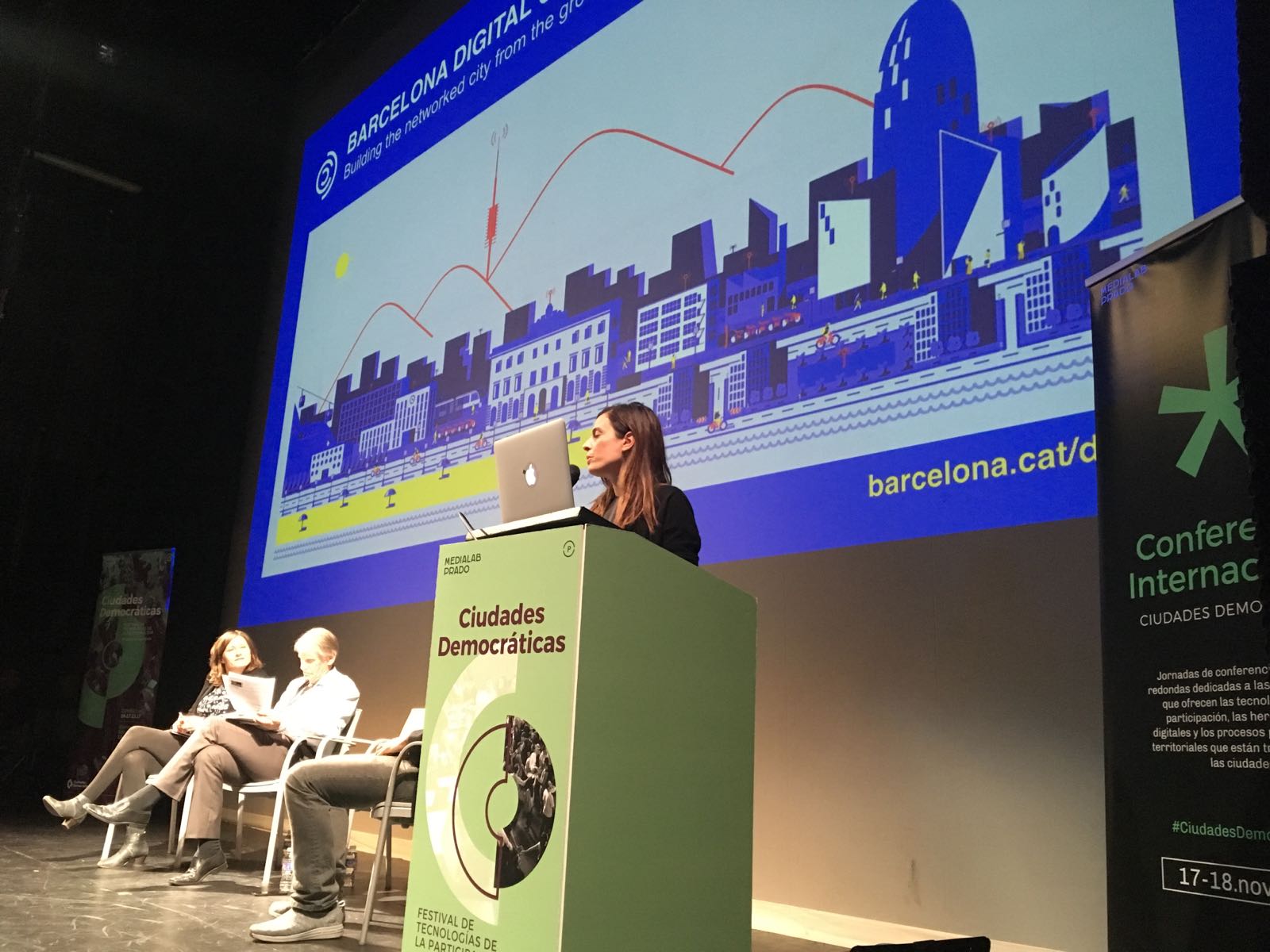 Successive round tables presented multiple democratic initiatives: sortition from a random sample or multiple choice elections, citizen engagement platforms, the use of information technology tools to improve the relationship between elected officials and citizens and to monitor legislative activity, methods to build collective intelligence from the bottom-up or even considering research laboratories or leisure activities as collective decision-making practices.

On this day, several citizen movements presented their struggles and links with progressive municipalities, such as Aurea Carolina, Belo Horizonte’s Councillor issued from the Muitas Movement, which defends the rights of marginalized people in Brazil and has built its action program through participatory forums and citizens demands.

Lilia Weslati, a Tunisian journalist engaged in the Jasmine Revolution, or Benny GN, a Hong Kong’s activist from the Umbrellas Democratic Movement, also took part in the event.

The Committee also facilitated the roundtable around digital means at the service of the common good. This event was attended by Chen Yu Lee, from Taipei, Francesca Bria, Barcelona’s Chief Technology and Digital Innovation officer and Patrick Braouezec, President of Plaine Commune, who presented the project of Digital Urbanity for the Right to the City. These initiatives were focused on shifting the approach behind the notion of smart city in order to really put technologies at the service of citizens. Francesca Bria presented the Digital Government Plan of Barcelona in this regard, which actually seeks, as noted by Ms. Bria, to "decolonize digital technologies for the benefit of the common good and city inhabitants".

The day ended with the screening of the film "Meeting Snowden" by Larry Lessig and Brigitta Jónsdóttir in the presence of the latter at MediaLab Prado. The use of digital media in favour of transparency and democratic debate was discussed short after the film. It was a good way to conclude this day by collectively questioning how to face those imminent dangers to democracy: the advance of security and restrictive measures or the capacity of citizens to develop a critical spirit in the context of the mass media. The conference concluded with a festive, networking event "Party-cipa". A new edition of this seminar is expected for next year.