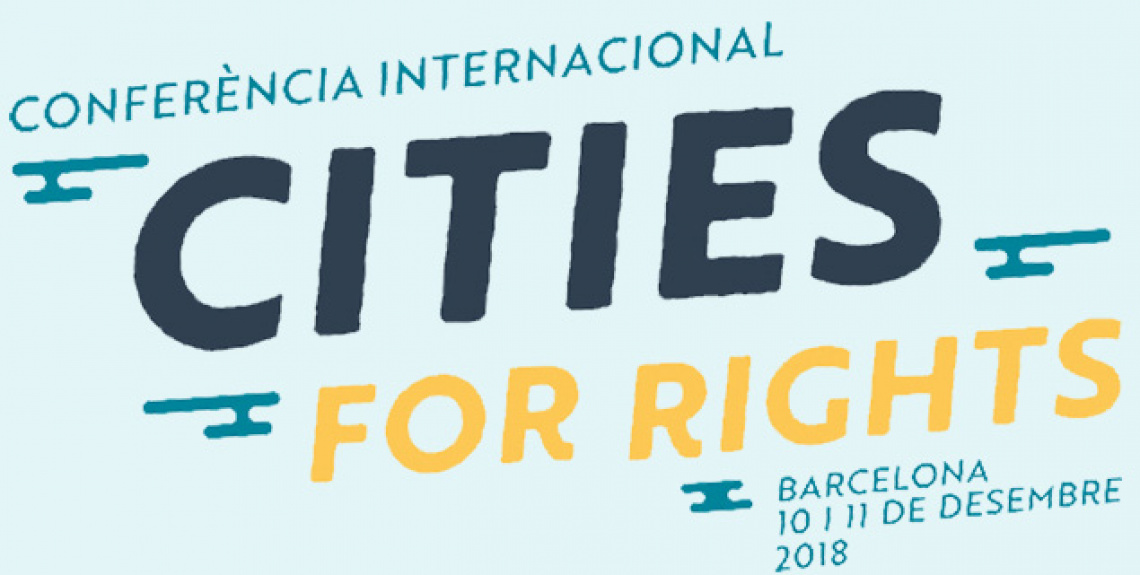 The international conference “Cities for Rights” – to take place in Barcelona next 10 and 11 December – has just launched its official website. It contains relevant information on logistics, concept note and the provisional program of the Conference. The Committee invites all its interested members to register already to the event, as well as to keep track of its website for keeping up to date with relevant news and updates.

This last event (the 1998 Barcelona Conference) was a decisive political moment in the history of the global municipal movement, bringing together the commitment of European local authorities towards a shift for just, humane and democratic cities. The meeting brought together more than 70 European Mayors committed to defend human rights in the city, and gave rise to a joint declaration that led, two years later, to the adoption of the European Charter for the Safeguarding of Human Rights in the City (Saint Denis 2000).

Cities for Rights aims at strengthening this commitment on the basis of the experiences and political views resulting from 20 years of alliances between local governments, civil society and academia. It equally seeks at fostering a collective response to the current “scenario of regression of rights (which) is, unfortunately, a reality everywhere” (see concept note).

On the basis of an approach based on the Right to the city and the transformative potential of cities, the Conference will reclaim “cities as a space of freedom, development and reception of people who seek and want a better world (…) It is in this context that the city reappears as a resource of a new political and social space of grassroots democracy”.

Throughout two days, participants will assess the challenges and opportunities of working together in a human rights cities network, advancing towards “a global alliance to create a common front to defend full citizenship, feminisms, human rights and democracy”.