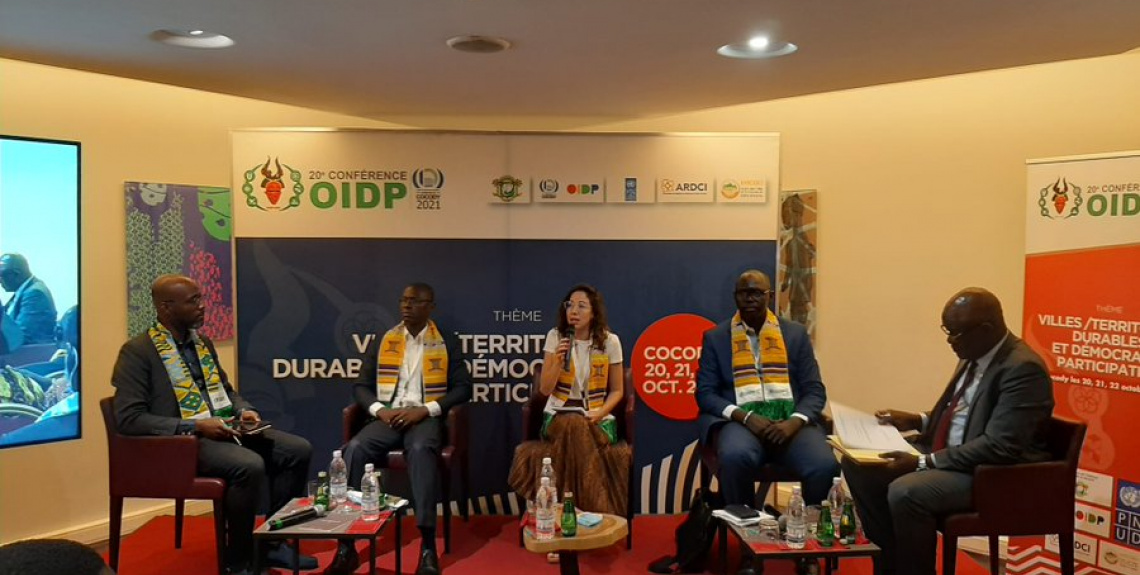 A delegation of the UCLG-CSIPDHR attended the 20th edition of the annual conference of the International Observatory on Participatory Democracy Conference, held in Cocody (Ivory Coast) from 20 to 22 October. The IOPD will hold additional events to its annual conference in a digital format from 29 November to 2 December. Check the IOPD website to stay tuned for any updates and how to participate.

This year’s IOPD conference focused on sustainable and resilience as central topics for recent participatory democracy initiatives, ahead of the climate emergency and other crisis impacting urban territories from across the world. The Conference also provided a platform for local actors in Ivory Coast and beyond to recall the importance of expanding and aligning decentralization and citizen participation to achieve more inclusive territories.

The coordinator of the UCLG-CSIPDHR moderated a policy session of the same conference, addressing access to housing, health and education and central issues for African right to the city agendas. Participants analyzed the needs and shortcomings of most vulnerable populations with particular emphasis. Local authorities are playing a major role in coping with the social impacts of conflict, lack of education and health infrastructure, lack of decent housing or rapid urbanization caused by rural exodus. Promising innovations were presented in areas such as democratic management of public facilities, schooling or urban upgrading.

The IOPD conference will hold various online events over the coming weeks, which will allow interested local authorities to take part in this dynamic. Know more about them here: