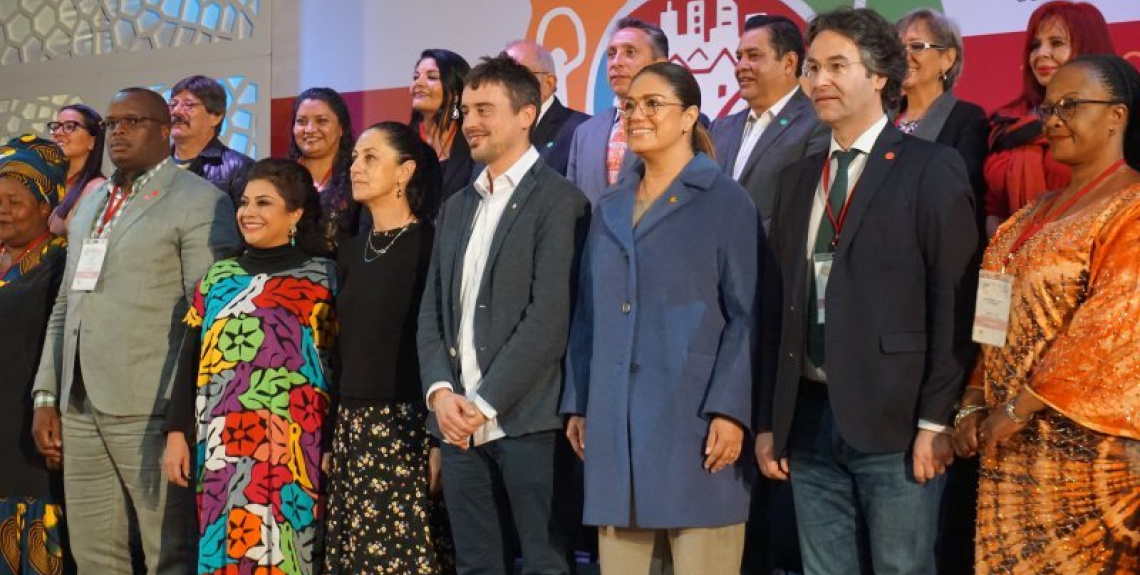 Participatory democracy to place peripheries at the centre: The IOPD addresses the Right to the City in its 2019 Conference held in Iztapalapa

The International Observatory on Participatory Democracy held on December 7, 8, 9 and 10 its Annual Conference in Iztapalapa, Mexico City. Hundreds of participants, both from Iztapalapa and Mexico City as well as from many other parts of the world, took part in the main meeting point on participatory democracy and local governments worldwide. This edition saw a remarkable level of political commitment, seeking to connect transformative participatory democracy practices to human rights and right to the city-related debates, and to include the perspectives of metropolitan peripheries. This led our Committee to take an active role in the development of the Conference.

The IOPD Conference was hosted by its president-local governments this 2019: The Primera Alcaldía (First City Hall) of Iztapalapa. This is a newly created government, which is part of the urban continuum of Mexico’s capital, one of the world’s largest metropolitan areas. In this context, the IOPD’s leadership placed the voice of peripheral and working-class cities at the centre of debates on participatory democracy.

It proposed the right to the city and human rights as alternatives to the financialization of cities and urban territories worldwide, the growth of inequalities and the ecological crisis. In doing so, it developed a solid, transformative narrative aimed at imagining and putting in place new means to defend social and territorial justice by local governmentsw hand in hand with inhabitants.

The Iztapalapa meeting coincided with the celebration of International Human Rights Day. Several commemorative events and political debates were organized in Iztapalapa and Mexico City accordingly. The IOPD General Assembly also adopted in Human Rights Day a political document, “The Iztapalapa Charter”, which includes the commitment of its members to the protection of human rights contained in the right to the city as a means to realize a fairer society and peoples' sovereignity. 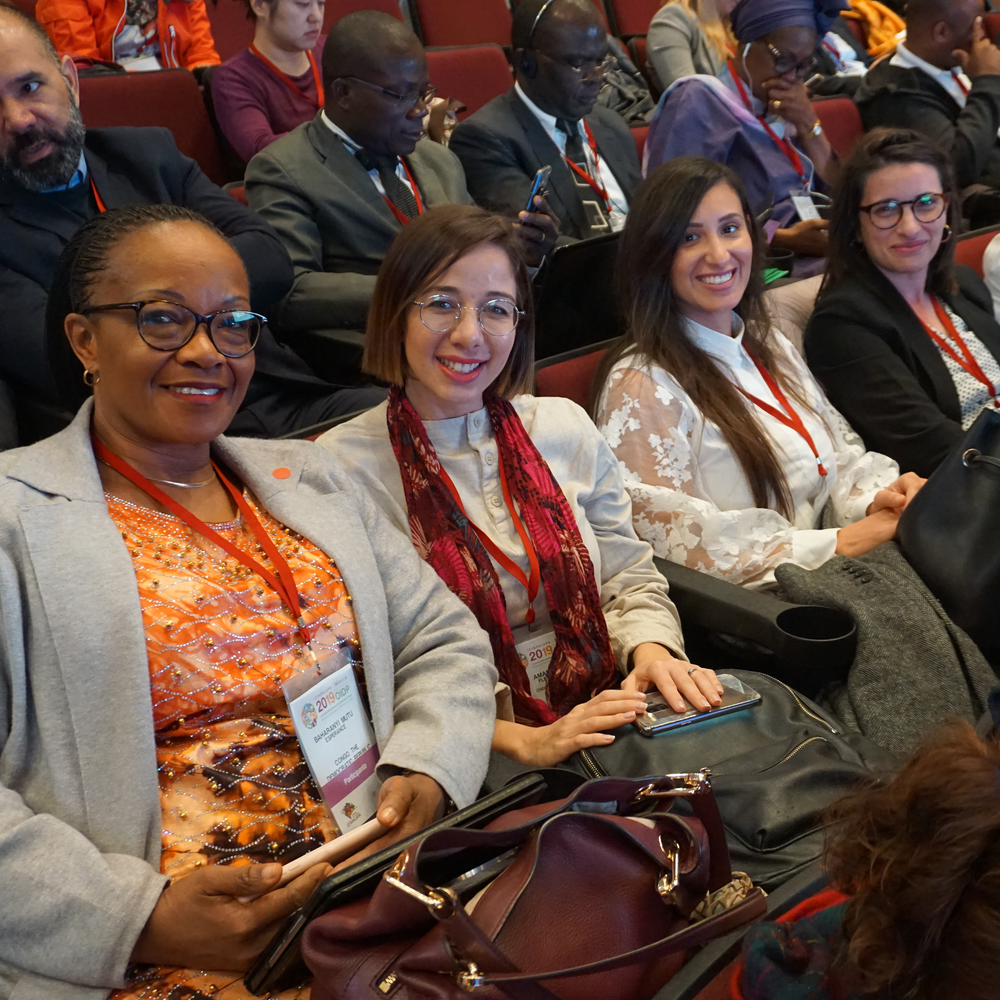 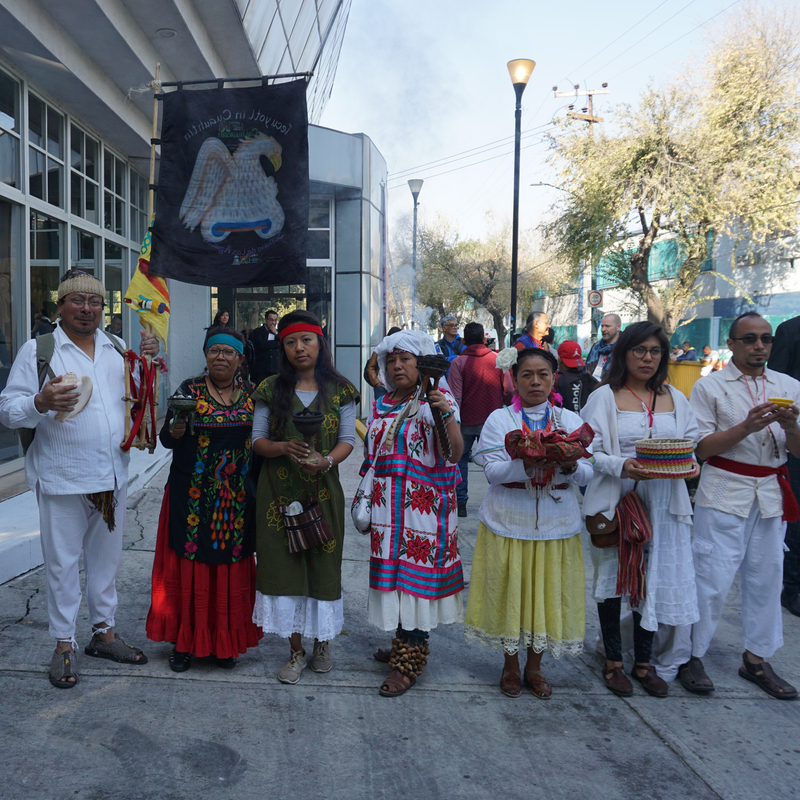 Our Committee took an active role in the development of initiatives throughout the Conference, seeking to strengthen its partnership with the OIDP and share the work of its members in this context.

The session “Co-creating public policies for women’s rights: Violence, public space and equality” was organized in partnership with Metropolis, gathering representatives from Iztapalapa, Mexico City and Sousse. In this context, participants shared various practices aimed at achieving, through popular participation, safer and more equal cities for all women and girls. Among the various priorities presented: To achieve greater representation of elected women in local government; to redistribute and recognize women contribution in care economy; to fight the feminization of poverty; or to adopt feminist approaches to urban planning. The Departmental Council of the Seine Saint Denis also shared in the Conference its  “Observatory on Violence against Women” through a video intervention

In coordination with the Forum of Peripheral Local Authorities (FALP), the Committee organized the session “Peripheries at the centre of the Metropolis: Strengthening democratic participation through metropolitan municipalism”. This session brought together the mayors of Iztapalapa, Clara Brugada, Matola (Mozambique), Calisto Moisses Cossa, and Valongo (Portugal), José Luis Ribeiro, as well as the Deputy Mayor of Nanterre, Hassan Hmani. Valuable messages were shared during the session, reflecting the plurality of the challenges faced by local leaders of peripheral cities as well as the opportunities linked to these territories and to the further a “poly-centrism agenda”. Strengthening residents’ feeling of belonging, acknowledging diversity, reinforcing democratic and solidarity-based schemes of metropolitan governance and embracing areas such as the ecological transition were among the proposals made by speakers. 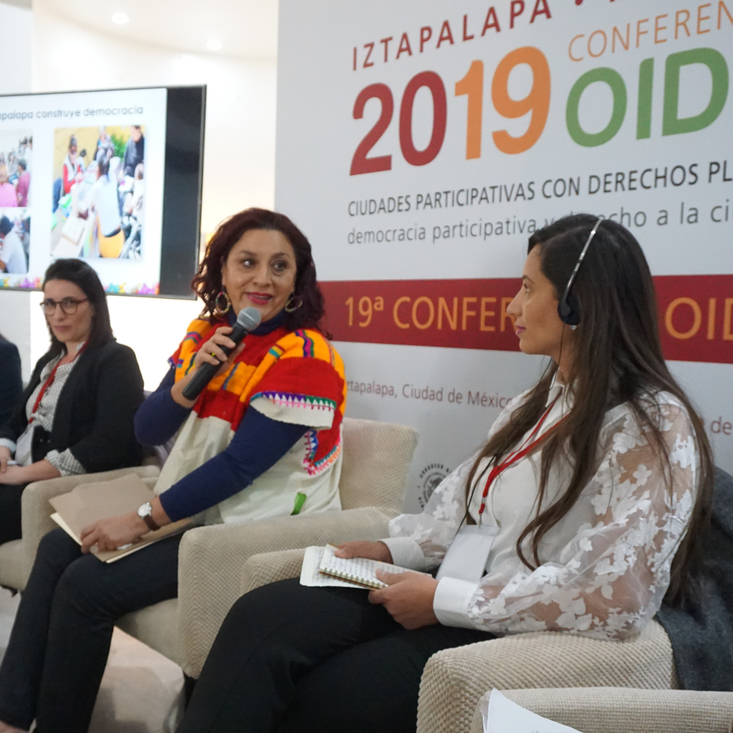 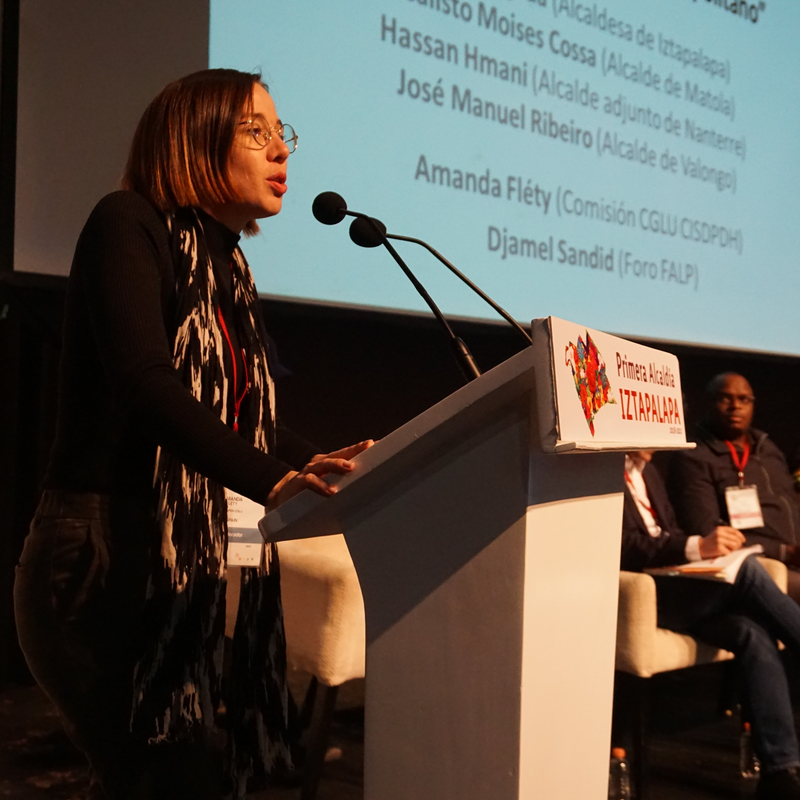 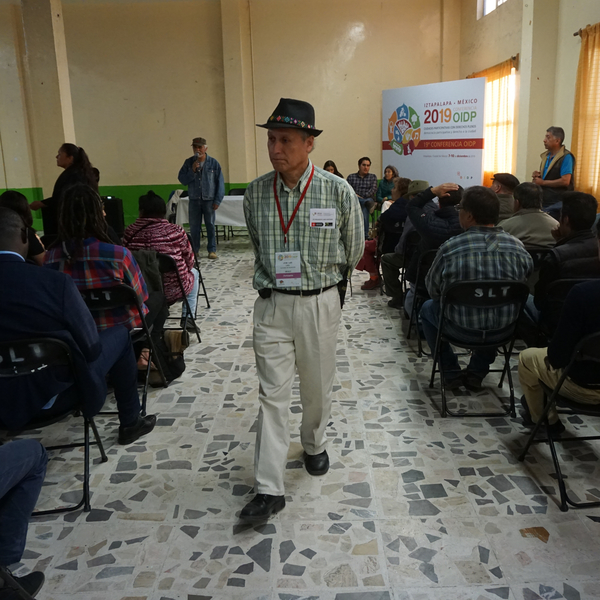 On the last day, the Committee organized a debate gathering local practices that were giving an answer, through popular participation, to contexts of protest in favour of human rights currently taking place throughout the world. This session brought together experiences in Chile, Tunisia, Colombia and Spain, and unveiled meaningful experiences: From grassroots self-organization in Chile’s neighbourhoods, to participatory mechanisms launched in Bogotá and Sousse aimed at regaining citizens’ trust and fight corruption. Alliance with civil society and social movements was identified as key in Barcelona, both as a way to protect the common good against speculative interests, and to guarantee human rights face to episodes of institutional violence.