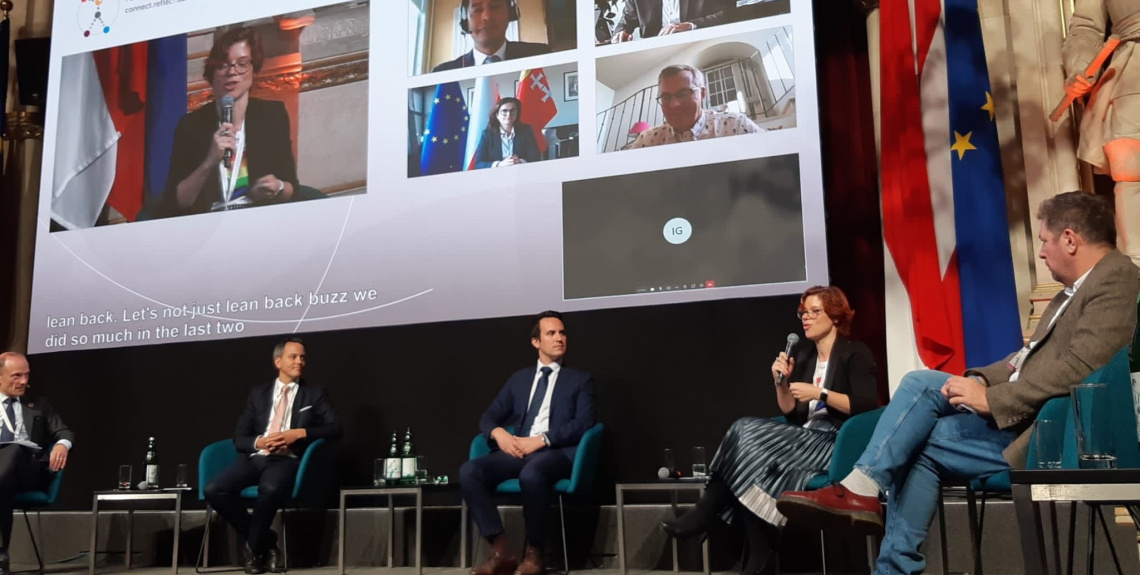 This key event in the European human rights agenda took place from 11 to 12 October in Vienna and online. It gathered a large audience of local, national and international speakers and institutions engaged in human rights action. The Fundamental Rights Agency's Forum gave major visibility to local human rights policies, highlighting in a meaningful way relevant practices and ongoing discussions in the #Cities4Rights conversation. The Committee took an active role in the Forum organizing and supporting various sessions.

One of the Forum’s main highlights was the launch of a new Framework of Commitments aimed at reinforcing human rights locally. Various European local authorities have taken place in the process of developing this document, along with key partners from the Fundamental Rights Agency such as the Raoul Wallenberg Institute. In coming months, this Framework will provide additional support to local authorities interested in developing or expanding their own human rights policies.

Several members of the UCLG-CSIPDHR took part in the Frameworks’ launch, including our two-chairs Philippe Rio and Linda Voortman, Mayor of Grigny (France) and Alderman of Utrecht (The Netherlands) respectively. The Deputy Mayor of Cologne (Germany) and CEMR spokesperson on urban mobility, Andreas Wolter, also joined this discussion.

They all celebrated the initiative, emphasizing its importance in terms of helping structure the human rights city movement towards greater cohesion and impact. This framework should help address key social challenges of our time - particularly, the rise of social and spatial inequalities - as well as foster human rights cities cooperation internationally.

Our Committee organized two policy sessions during the Forum

The first session was held in partnership with the Human Rights Resource Centre of Barcelona (Spain) and the support of Quilmes municipality (Argentina). Representatives of both cities took the floor to highlight their own policy experiences in mainstreaming the rights-based approach in local policies. Barcelona introduced its methodological guide on the Barcelona human rights city model through practical examples such as preventing housing discrimination or fostering universal access to public services, while Quilmes focused on historical memory and youth engagement policies.

The second session focused on human rights cities cooperation at an international level. It was held with our partners from the OHCHR to explore concrete cooperation proposals on areas such as knowledge exchange, campaigning or participation in UN human rights bodies. Know more about the UN “local governments and human rights” agenda here.