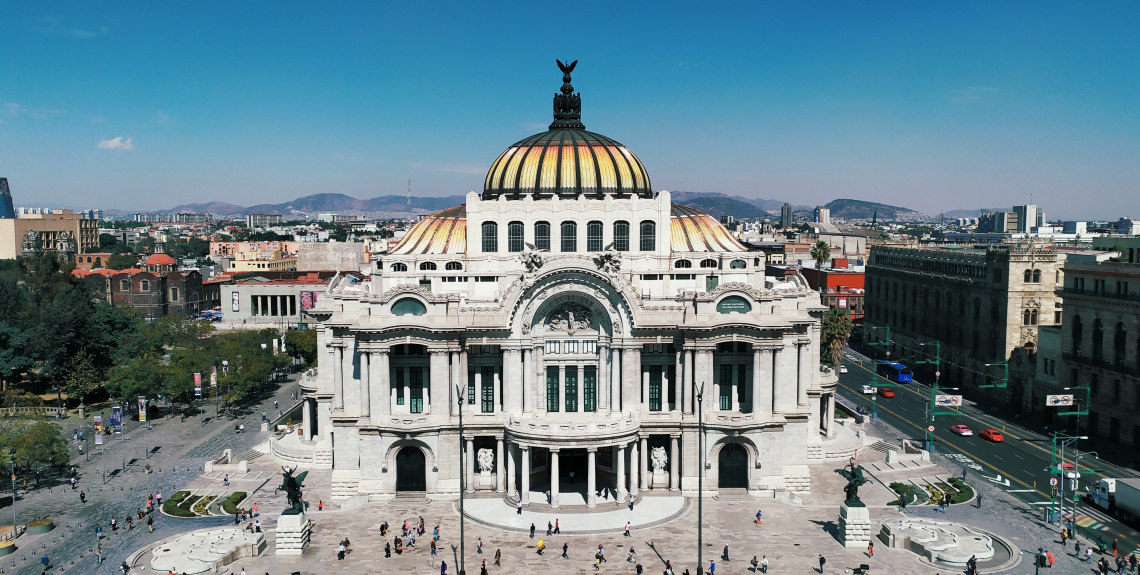 Challenges and responses to COVID-19: A local perspective from Mexico City

For several months now, the COVID-19 epidemic has been affecting almost the entire world to a greater or lesser extent. During this time, local governments have been developing sound policies to respond to the different impacts of the social and economic crisis triggered by the pandemic. Policies are being implemented in areas like social assistance of groups in risks of vulnerability or to locally guarantee certain human rights. Prior to the COVID-19 pandemic, Mexico City already counted with an advanced human rights protection system targeting the city’s most vulnerable groups. Even though this municipal programme has been put under stress in recent months, it has also played a more important role than ever in order to ensure the social protection of the most vulnerable. Jaime Morales is the Human Rights Undersecretary of Mexico City’s Government, and has shared through this interview several lessons learned by his city during the outbreak. He also carries out an assessment of the crisis’ consequences and future scenarios beyond the outbreak from a human rights perspective.

Mexico City, Human Rights City: Addressing different forms of vulnerability and inequality during the pandemic in one of the world’s largest metropolis

Specific attention to priority populations has marked the daily work of Undersecretary Morales' department since the beginning of the COVID-19 crisis. In his opinion, the institutional framework and specific attention to priority populations - such as people who are homeless, sex workers and elderly people - has been key to avoiding a greater social drama as a result of the crisis. This institutionalization of inclusion policies, guided also by rights-based principles, is a direct result of the constitutional process that culminated in the city in 2017, and which provided its government with a new regulatory framework from which to develop actions in favour of human rights.

The social welfare structure created as a result of the 2017 constitutional process has allowed the city government to count, in the current context, with a sound institutional framework from which to carry out its social care policy. According to Undersecretary Morales, “this infrastructure, which was already reinforced in previous months by the new city government, has not had to adapt much to the new context posed by the pandemic; Having implemented it in advance has allowed the city to not be taken by surprise by the emergency”. Morales points out, however, that there are other parts of the welfare system that are suffering more, as in the case of the health system.

As in many other cities, it has been extremely important for Mexico City to count with reliable data to identify the needs of the most vulnerable residents. The city government has been carrying out census of specific demographic groups, such as the elderly population. This effort has allowed to devote, at present, additional resources to maintain communication with this group (especially in case of elderly persons living alone). The government is therefore able to purchase, in certain cases, food and medicines for these people, distributing them in their homes, protecting them from potential contagion and partially mitigating the effects of social isolation.

Another aspect of the government’s work where access to data is extremely important is that of informality and, more specifically, regarding residents who are sex workers. Undersecretary Morales shared the significant challenges this population faces as a result of the confinement - such as sudden evictions from their accommodation (often rented hotel rooms) or loss of income - which revealed a greater number of potential beneficiaries of social services. The local Secretariat of Social Welfare implemented emergency solutions, covering needs such as accommodation and food, despite the fact that the legal situation of sex work always makes it difficult to channel this aid. 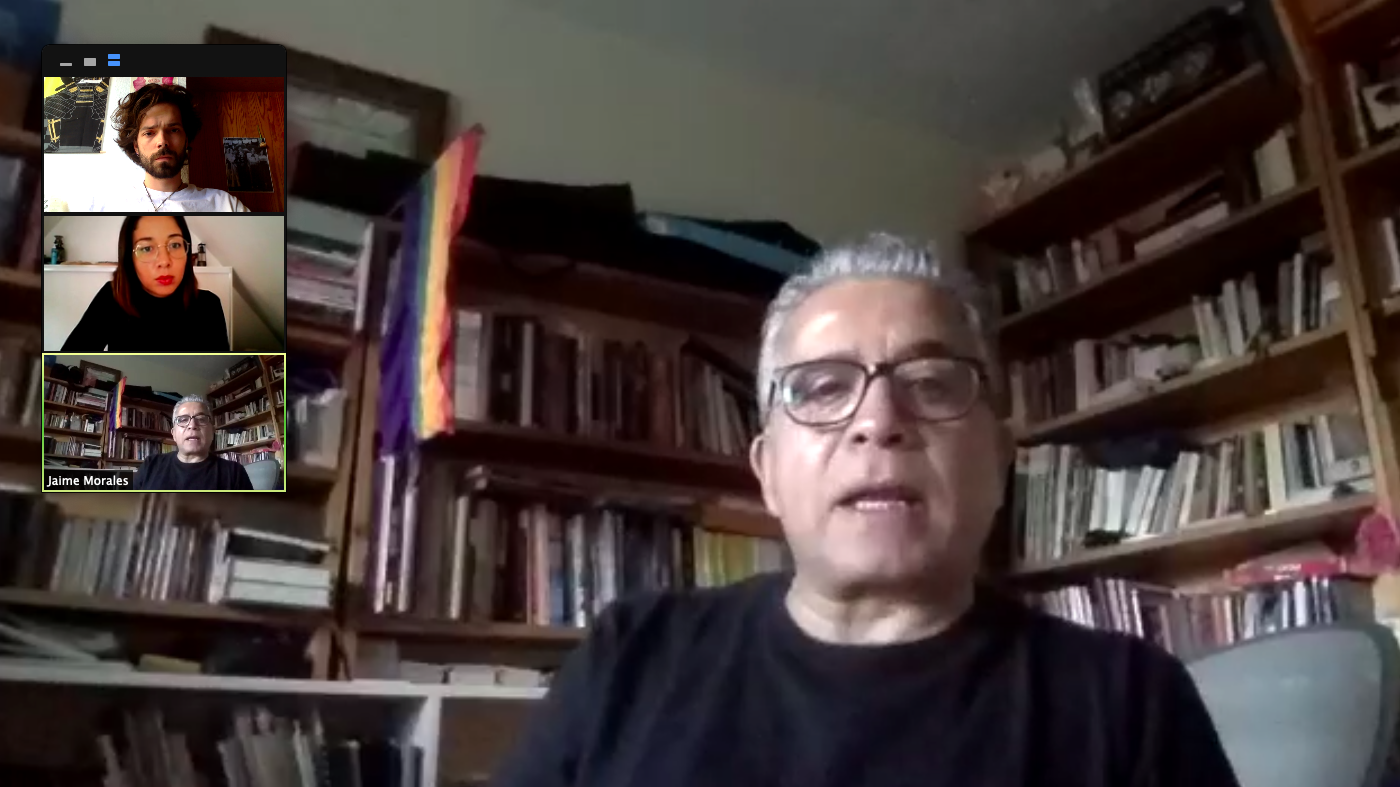 « This crisis has raised our awareness and now forces us to rethink the way we carry out our work in the field of social care. It equally shows how the resurgence of the city, the city based on democracy and rights, is within our reach »

Domestic violence: A key aspect of local responses to the COVID-19 crisis

Undersecretary Morales emphasizes that the confinement has “put a magnifying glass on domestic violence”, which has now become a mainstream issue as everyone can see or hear what is going on in their neighbors' homes at all times. In the capital city alone, it is estimated that there has been a 37% increase of domestic violence reporting, which has led the government to launch exceptional measures around the “You are not alone” programme - A strategy of Mexico City Citizens' Council. According to Undersecretary Morales, even though this issue has gained public attention during the confinement, it is also true that “trans women, LGBTTTI populations and children and tenagers are also being attacked in their homes, and that this fact is quite lost in the debate”

In the case of sexual diversity, Morales has been pushing for measures tackling social stigma and to offer solutions to the different forms of violence that have been on the rise in both private homes, workplaces and public spaces. These responses must take into account the different dimensions of exclusion and inequality, both in terms of gender and diversity, and include material support and psycho-social accompaniment.

For Undersecretary Morales, “this crisis has raised our awareness. It now forces us to rethink the way we carry out our work in the field of social care”. However, these changes should not only apply to local governments’ work such as Mexico City, but lead also to a rethinking of the previous “normality” - which was, for example and for many, “precariousness in employment and inequality”.

Despite the fact that the entire population suffers in times of confinement, those who suffer the most are the most vulnerable, and this historical moment must also serve “to propose lasting and transformative paths for their social inclusion”. Morales also insists on maintaining and strengthening the commitment to human rights in this context; an approach that “crosses all these issues and is familiar to everyone, yet we still have to learn how to work with it more precisely”.

Even though the COVID-19 crisis is testing the capacities of local governments, it also shows how “the resurgence of the city, the city based on democracy and rights, is within our reach”. Mexico City has sufficient reserves of food and humanitarian aid to distribute in worser scenarios. This shows how local institutions “are ready and prepared for whatever comes, and they will be at the forefront in protecting their population at all time”. Citizens' initiatives are key to support this work and local governments should also support civic solidarity, which is channeling life-saving support for many; Indeed, “the emergency shows some negative aspects of human condition, but also our willingness for empathy, solidarity and care for each other”.