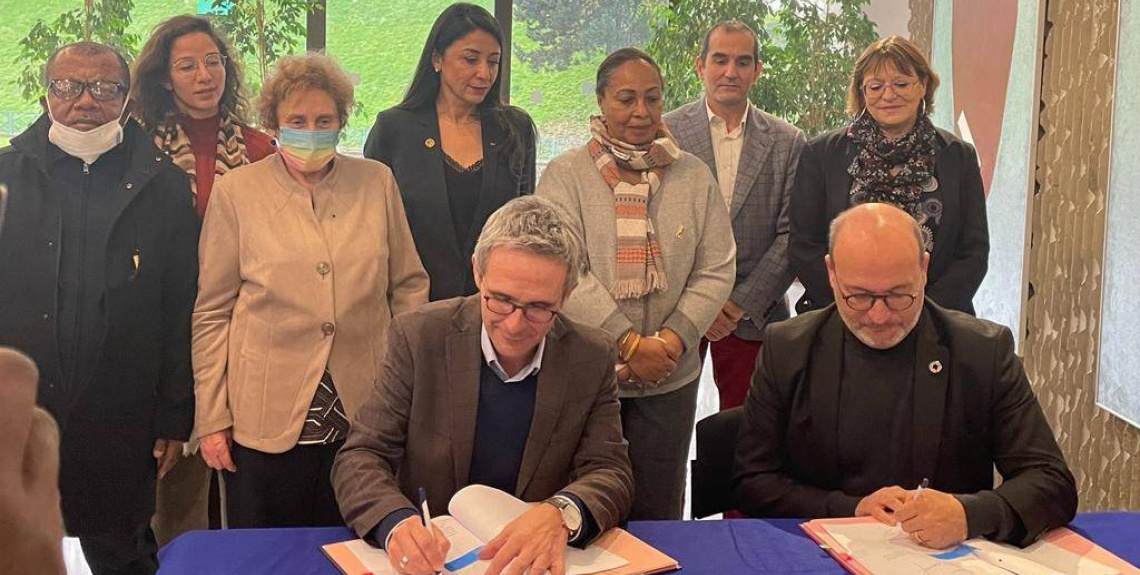 The “Femmes du Monde” Seminar (Women of the World) held in Seine Saint Denis from 22 to 29 November saw the official launch of the “Territories protecting women from gender-based violence” project: An international initiative by this French territory (whish is also a co-president of our Committee) and UCLG aimed at bringing together local governments from across the world to reinforce and expand local policies to address violence against women.

This project is supported by the French Development Agency (AFD) and our Committee will play a key role in developing its international engagement agenda in the coming years. The Femmes du Monde Seminar saw the official signing of the cooperation agreement between Seine Saint Denis and the AFD, represented by President Stéphane Troussel and President Rémy Rioux respectively.

On the occasion of 25 November, the International Day for the Elimination of Violence against Women and Girls, our Committee developed this 10 minutes video summarizing key messages and political perspectives by local leaders addressing violence against women through local practices. These contributions took place in the context of the session held during the last World Human Rights Cities Forum; a meaningful event which introduced to the public the Seine Saint Denis and UCLG initiative to tackle violence against women.