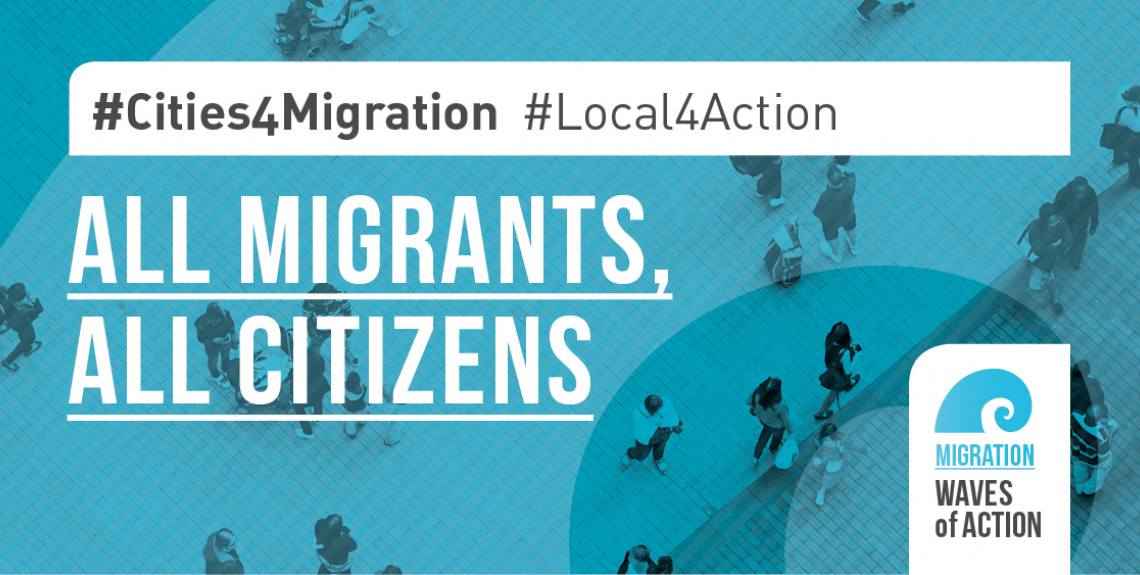 UCLG on the zero draft of the Global Compact for Safe, Orderly and Regular Migration (GCM)

The United Nations has released the zero draft of the Global Compact for Safe, Orderly and Regular Migration (GCM). As UCLG, we are concerned by the lack of mention to local and regional governments and their contributions to migration governance in this document.

This first draft is the result of a process launched in September 2016 through the New York Declaration for Refugees and Migrants, in which UN Member States have committed to a process of intergovernmental negotiations.

Migration is a core issue on the UCLG agenda and falls under the Policy Council on Right to the City. UCLG has been an active stakeholder on the migration topic, notably implementing the Mediterranean City-to-City Migration project (MC2CM) and also following the preparatory process of the GCM. In this framework, UCLG has co-organized the Global Conference on Cities and Migrants in Mechelen, together with UN-Habitat and the IOM (International Organisation on Migration), also having an observer status within the IOM.

With regard to the content of the zero draft, the GCM is consolidated from diverse global agendas and work programmes in which LRAs are already prominent actors. In particular, both the New York Declaration for Refugees and Migrants (paragraph 54) and the New Urban Agenda (paragraph 42) recognize the particular role and needs of LRAs regarding migration.

Furthermore, while principles such as the whole governments approach and the human rights-based approach are at the base of the GCM, it should be noted that LRAs are not considered as key stakeholders in these aspects. It is important that the GCM acknowledges that integrated migration policies can only be implemented through the full involvement and consideration of LRAs in the whole governments approach. Moreover, when referring to the human rights-based approach, this is already a frame that LRAs are implementing through their commitment to ensuring access to rights for all. It is, then, important to build upon the experiences of LRAs, since they are on the front line of service provision to migrants.

In summary, while LRAs are committed to the process and the principles upheld by the GCM, there is a need to establish mechanisms to ensure policy coherence and provide LRAs with the necessary resources, empowerment and capacity-building tools to address the opportunities and challenges of migration.

These are the main points (see statement attached) that UCLG has advocated for in the first intergovernmental negotiation of the GCM, held in New York from 20 to 23 of February 2018. In this respect, we encourage the constituency of LRAs to support this advocacy work at their level, in particular by: