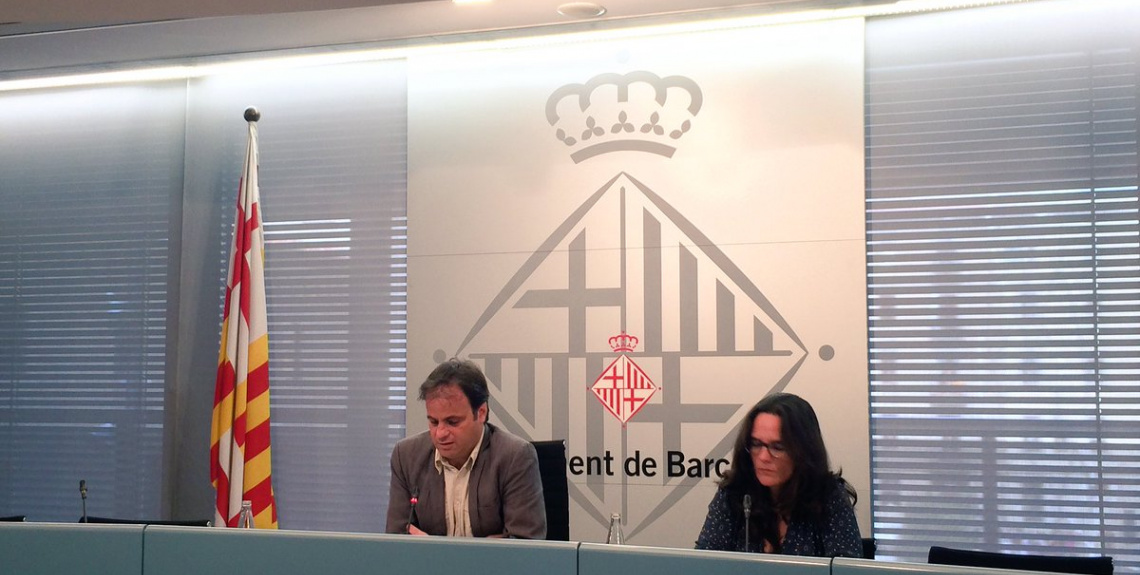 Barcelona City Council’s action plan regarding rights and citizenship will be implemented aiming both at guaranteeing, protecting and promoting all its inhabitants’ citizenship rights through a local public policy and at positioning Barcelona as an international reference in the field of Human Rights. To this end, the City Council also reaffirms its engagement within the Committee and the networks of Local Governments committed to Human Rights.

Last Monday 27th June, Barcelona Deputy Mayor for Citizenship Rights, Transparency and Participation, Jaume Asens, and the Director for Citizenship Rights and Interculturality, Aida Guillén, presented at a press conference the action plan to protect and to guarantee Human Rights that will be implemented in the city during the 2015-2019 period. It aims at turning the city into a reference in Human Rights, regarding both its own regulation and policy implementation at local level and the Human Rights defence against other administrations’ actions –through political advocacy networks that fight HR violations on the ground.

The programme will rely on a one million euro annual budget, which will fund all actions aiming to respect, protect and guarantee Human Rights: municipal rules review, political advocacy, training schemes, communication campaigns, creation of a HR local network, strengthening international networks, elaboration of methodological guidelines for public policies, preventing and fighting against hate speeches, reports on the municipal mechanisms to guarantee HR, and strengthening the capacities of the local Bureau for Non-Discrimination.

The Right to the City and the Human Rights-based Approach, at the heart of this new policy

The main thematic working lines of the HR Programme are the fight against discriminations and hate speeches, the defence of civil rights and public liberties in public spaces and the guarantee of full citizenship rights to all city inhabitants –regardless their administrative status. It all means to ensure the Right to the City by localizing Human Rights in the territory in which they are actually exercised –the city and its neighbourhoods-, and by guaranteeing the conditions that allow citizens’ full political, social, cultural and ecological development.

Based on Barcelona’s long experience –the city created a Commissioner for the defence of Civil Rights in 1992–, the current action plan refers to “citizenship rights”, which implies a more systemic and holistic approach. It aims at fighting against structural inequalities, promoting a “diverse, intercultural and multifaceted city model, where all persons have a real, equal and effective access to all Human Rights recognised and guaranteed in the city”. This is why the Department of Citizenship Rights and Interculturality puts at the heart of this strategy the issue of interdependency and indivisibility of Human Rights.

The programme embraces two dimensions: on one side, it constitutes and develops the Human Rights policy of Barcelona government, involving citizens and public workers. On the other side, it will introduce Human Rights as crosscutting approach to all governmental departments of the city.

To this end, Human Rights international treaties, Spanish legislation to protect rights and the European Charter for the Safeguarding of Human Rights in the City will be used as normative references.

Moreover, the Human Rights-based approach –developed and used by the UN– will be applied in local policy-making, implementation and monitoring processes. The Human Rights-based approach is a conceptual framework that locates respect, protection and guarantee for HR as public policies’ foundations, objectives and instruments. It is an innovative approach, able to renew public action’s sense and its relationship with citizens. Thus, with this approach, Barcelona returns to the international forefront of Human Rights policies.

Barcelona strengthens the city leadership at the global stage

The European Charter for the Safeguarding of Human Rights in the City will be used as reference text to define municipal policies. It was approved in 2000 in Saint-Denis, and its promotion has been mostly assumed by the UCLG Committee on Social Inclusion, Participatory Democracy and Human Rights. In this regard, Barcelona City Council will regain a place at the leadership in the Committee network of cities, by actively taking part in the definition of the strategy and by ensuring its operative capacity through a formal agreement that includes economic support. This collaboration with the CSIPDHR of UCLG, as well as other networks of cities, is aligned with the local government’s will to adopt a glocal perspective on its policy-making –framing local issues and fights as part of transformative processes at the global stage. This approach will also enable Barcelona to strengthen leadership in the field of Human Rights, and this policy will become, as Asens said, “the calling card of the city at the international stage”.

Finally, in 2018, Barcelona will host a meeting of cities for Human Rights to celebrate the 20th anniversary of the 1st European Conference of Human Rights Cities –which took place in Barcelona in 1998. In this regard, the City of Barcelona also expressed the intention to adopt the Global Charter-Agenda for Human Rights in the City.